Premature births are occurring every day in the United States and the rest of the world and doctors don’t really know why they happen or when they may happen. That may change, after Stephen Quake, an Oxford-educated American scientist and professor at Stanford, may have developed a way for women to get a non-invasive maternal blood test for detecting a premature birth up to 37 weeks before gestation.

As reported by an article in the MIT Technology Review, Quake and his team scrutinized blood samples from 38 African-American women considered at risk for preterm birth, in some cases because they’d previously had a premature baby. Overall, black children in the US are born prematurely about 50% more often than whites. Thirteen of the women ended up delivering early. By analyzing RNA molecules in their blood, the researchers found seven genes whose changing activity signals, taken together, seemed to predict which babies had arrived prematurely.

Premature births could mean serious short-term and long-term health consequences for babies as well as learning and behavior problems as they turn into adults. Costs associated with premature births in 2007 amounted to $26.2 Billion according to the Institute of Medicine. 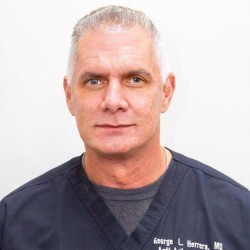